Home About Us Our Team Our Volunteers Ross’ volunteer work for Merlin began as a “beer-and-wine-slinger” for the 2017 summer fundraiser the Brew-Wine-Chu. By the end of the year, he morphed into one of our strategy & tech gurus (a much needed role!) and served as a panelist on the 3rd installment of our Philosophy Symposium: Vulnerable Humanity, Predictable Machines.

A regular and enthusiastic participant in the Merlin philosophy think & drinks (as well as other philosophical discussions and activities), Ross is a lapsed software engineer turned playwright. His Silicon Valley career included work at a number of now-defunct startups, along with stints at major companies including Intel, Apple, IBM, and Google.

In 2012, he forsook the tech world and ran off to New Orleans to pursue a master’s degree in creative writing. While he self-identifies as a playwright, he admits to enjoying cross-genre experiences as well. His work has been performed across the US and on three continents and he is a co-producer of the Last Chance New Play Fest.

Ross has authored several full-length works as well as three-dozen short plays, short fiction, and two books on computer technology. He is also an amateur photographer whose photographs have been published in both outdoor and literary magazines. (He also donates his time to photographing many of our events!).

Ross considers himself more fox than hedgehog, and is happy to curl up with articles on history, evolution, cosmology, or philosophy when not immersed in reading drama or other literature. Martin has been volunteering for Merlin since its inception.  A regular philosophy walk leader for our Halloween Hayride-Walks for youth, curriculum development contributor, and guest speaker for various philosophy in the community endeavors, his enthusiasm is inspiring and contagious and his ability to translate complex ideas in relatable and ways remarkable.

Martin has been passionate about science since he learned to read. He fondly recalls devouring the “All About” series of science books for kids before fourth grade and never missed an episode of “Watch Mr Wizard.”  In high school he regularly assisted teachers in prepping for chemistry and physics classes and gave lengthy presentations on lasers (which were then brand new).  Martin was the first National Merit Scholar from his high school.

Later in life he continued his love of science by writing book reviews on popular science in East Lansing, Baton Rouge, and St Petersburg. He began his volunteer teaching work of middle schoolers in the 80s, and has continued doing so, intermittently, up to present day.  He has also been a science tutor to several families over the years.

Over the years, Martin’s interests have expanded to include history and the philosophy of science.

It is increasingly clear that in an era where the universe of disinformation is expanding more rapidly than the real one, we desperately need to teach how to sort good argument from bad. Those who learn nothing from history are doomed to retweet it.

By igniting and stoking the fires of what Einstein called “holy curiosity,” Martin aspires to teach not just the practice of science and reason, but the appreciation of it as the best means we have by which we apprehend the deep beauty and interconnectedness of all things. Michael has been a loyal volunteer of the Merlin team since we opened our doors for business in the Winter of 2015.  In addition to research and assistance with many of our community events, as well as our “Big Ideas by Little Philosopher’s” (BiLP) program, Michael donates his time and expert photography skills to Merlin CCC, helping us capture memorable moments at numerous of our organization activities.  He also plays an integral role in the development and implementation of our philosophy walks and symposiums.

Philosophy is a record of the evolution of humanity, etched into our cultural DNA by the best minds across ages of the world. Philosophy today is our sea anchor, stabilizing our headlong rush toward a technological world cut off from nature. Merlin CCC, through the medium of philosophy, seeks to connect people once more to their own nature and the natural world. As a philosopher, I want to be a part of that noble cause. – Michael

A compulsive philosopher and perpetual student, Michael has a B.S. in science from the US Naval Academy and graduate work in solar energy and the future of climate via an Interdisciplinary Studies program at the University of Montana.  He regularly audits philosophy courses at Carroll College, has consistently served as a firetower watchman in the Bob Marshall Wilderness, and enjoys writing, philosophy, history of ideas, brain and neuroscience, complexity science, evolution, nature photography, and much more.

Thomas began volunteering for Merlin in 2018 and has played a vital role of several ongoing projects in the community.  A co-founder and co-owner of Access WILD, Thomas spends much of his time introducing people to the wilds of the West.  As Faculty Associate at Carroll College and Arizona State University, he teaches courses on ​The Science, Ethics, and Practice of Animal Welfare​; Wild Animals & Society; The Human-Nature Connection​; and ​The Biomimicry Ethos—A Pathway from Practice to Philosophy​.

While serving as Conservation Education Bureau Chief for Montana Fish, Wildlife & Parks, Thomas facilitated the establishment of Montana WILD, wrote the state’s hunter education manual, and chaired the committee for the International Hunter Education Association to develop U.S. hunter education standards.  In addition to serving as Board President for Orion – The Hunter’s Institute, Thomas also serves on the board of the Helena Hunters and Anglers Association and is chair of the Montana Outdoor Hall of Fame.

Thomas has been recognized as “Professional of the Year” by the International Hunter Education Association and is a three-time recipient of the Montana Governor’s Award for “Excellence in Performance.” He holds two M.S. degrees and a Ph.D. in Biology and Wildlife Biology from Universities in Germany and Montana. 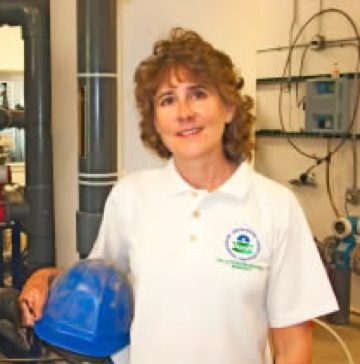 Marie became an “official” member of our volunteer team in 2018, though her volunteer work for Merlin CCC has been ongoing since 2017.  From philosophy-walk & symposium panelists participation to grant & event management, seamstress and hostess-with-the-mostess, Marie is a welcomed addition to the flock!

A creative civil engineer with 25 years of experience working for the U.S. Environmental Protection Agency in the areas of pollution prevention and sustainability, Marie has a degree in Public Health Biology and two M.S. degrees — one in Civil Engineering and the other in Biomimicry.

Recently retired from government service, Marie teaches courses in biomimicry at ASU and is discovering places in her local community where biomimicry can assist in applying nature’s genius to a range of projects and influence emerging engineers. Russ is a “freelance” pastor who is a student of philosophy as well as theology. He is the former pastor of the Vineyard Church of Helena. Even though the church he pastored closed its doors, he continues to love people, serve his community and give his time and energy to the people of Helena.

He still enjoys guest preaching and lecturing as well as his full time job with the Montana Department of Corrections as the Offender ADA Coordinator. He works as an advocate for disability rights for those incarcerated across the state.

Russ found his love of philosophy at a young age and followed it though his academic career with a BA in Biblical Literature and a double major in Religion and Philosophy.

He enjoys being a part of the Helena Community, working with various non-profit organizations, including Merlin CCC, where he can give back and help the community he loves in meaningful and interesting ways. Ryan  joined the Merlin volunteer team in the Spring of 2017, shortly after relocating to Helena from the East Coast.   A valuable member of our crew, Ryan generously donates his time, research and leadership skills to Merlin CCC, helping us to secure grants and funds that further our mission, as well as assist in the management of our fundraising events.

A former assistant attorney general in the Appellate Services Bureau of the Montana Department of Justice and current grant manager for Youth Homes, Ryan attended Purdue University in Indiana. In 2005, he earned a B.A. in philosophy with minors in political science, management, and German. He is a 2011 graduate of the George Washington University Law School in Washington, D.C., and is a member of the Pennsylvania bar. Ryan was also formerly a lieutenant in the Navy serving as an appellate defense counsel with the Judge Advocate General’s Corps.